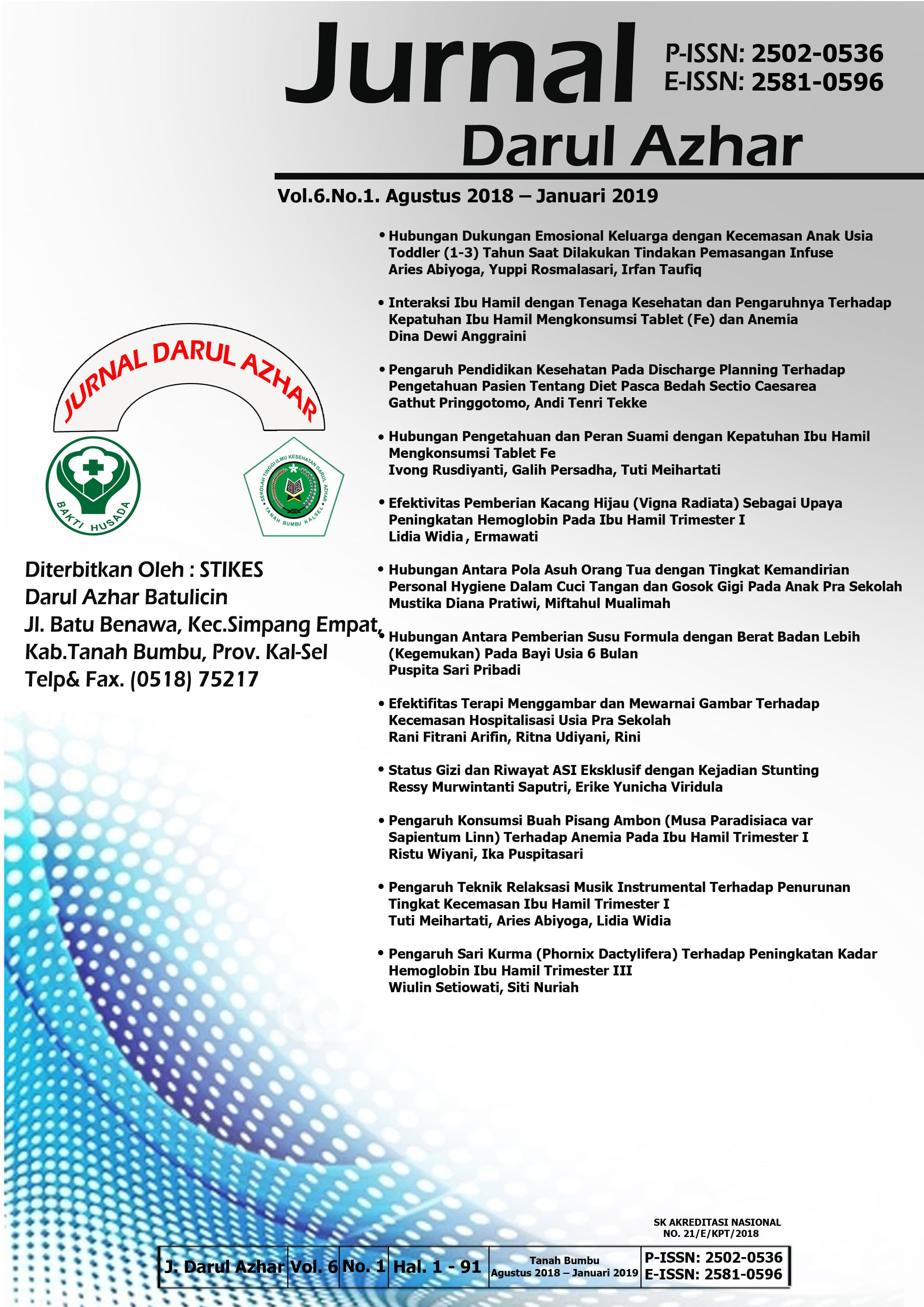 Infant Formula Milk is milk specifically formulated as a substitute for breast milk for babies up to 6 (six) months old (Permenkes RI, 2013). Infant aged 6 months, onlyneedbreastfeeding(ASI) as the main food and drink (Kemekes RI, 2010). ASI is easy to digest and immediately absorbed by babies. Malnutrition, alergie, colic, constipation, and obesty are less likely to occur in infants who consume bottle milk. Bottle milk feeding is inducated for babieswho are for some reasonsare not get nutrition by breastfeedor in addition if milk production is not sufficient for infants. Nationally from 5000 babies aged 6 months, 200 (11%) of them are abese, this figure is increasing drastically by 2015 from 6000 babies, 400(15%) of them are obase. This is in line with decreased breastfeeding and increased bottle milk feeding.

The purposeof this research is to knowthe relationship between bottle milk feeding with overweight (obesty) on infants aged 6 months in puskesamas ketapang 2 year 2017.The type of research includes simple analytic research with retrospective research design. Research location at puskesmasketapang 2 sampit. The population in this study were all mother who had infants aged 6 months who were in puskesmasketapang 2 from October to December 2017 amounted to 68 people  with sampling technique totaly sampling. The technique of data collection is by usinga check list.

The result of this research is most 47% infants who are overweight, 47 %  of them using bottle milkmilk .The result of statistic analicys test using Chi Square test got the value with significance x2 count =18,375 that is bigger the real standart x2 table =3,84146 which has meaning H0 is refused and H1 is eccepted means it is proven that there is a significant relationship between the use of infant formula milk with overweight (obesty).