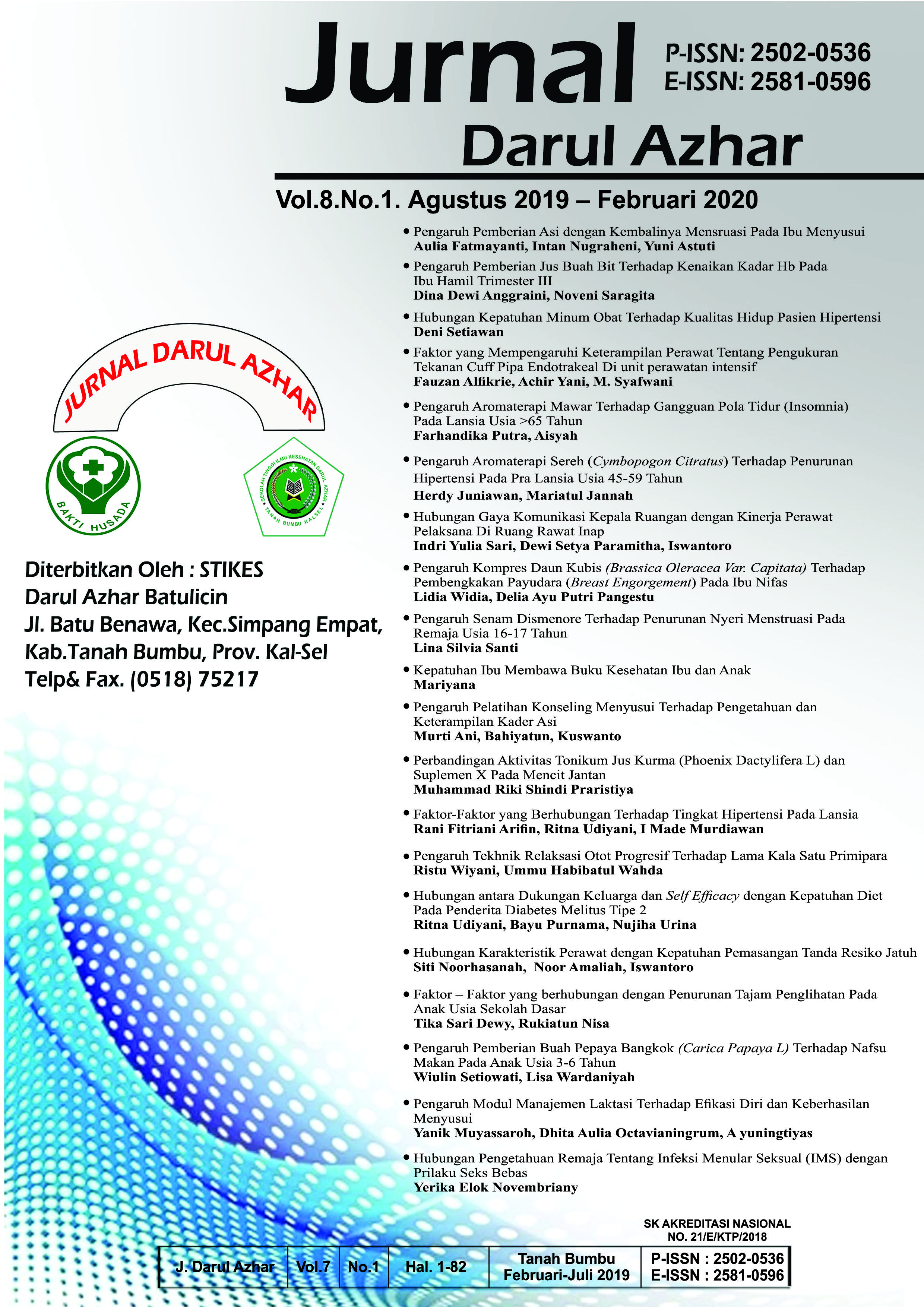 The main problem being faced by developing countries including Indonesia is the still high rate of population growth and a lack of balance in the distribution and age structure of the population. Such a condition of the population has made it difficult for businesses to improve and equalize people's welfare. The higher population growth the greater the effort needed to maintain the level of people's welfare. Exclusive breastfeeding in infants will increase uterine involution, thereby reducing complications of the puerperium. This can reduce postnatal morbidity and mortality rates. The pattern of breastfeeding is closely related to the return of fertility which can be measured either by the return of menstruation.

The study  was to analyse the effect of breastfeeding with the return of menstruation in Breast Feeding mothers.

The study began on September 12, 2018 and was completed in October 2018. The researcher first determined the sample to be used as the subject. The sample in this study was breastfeeding mothers of infants aged 6- 12 months as many as 38 respondents in Kunden Blora Urban Village.