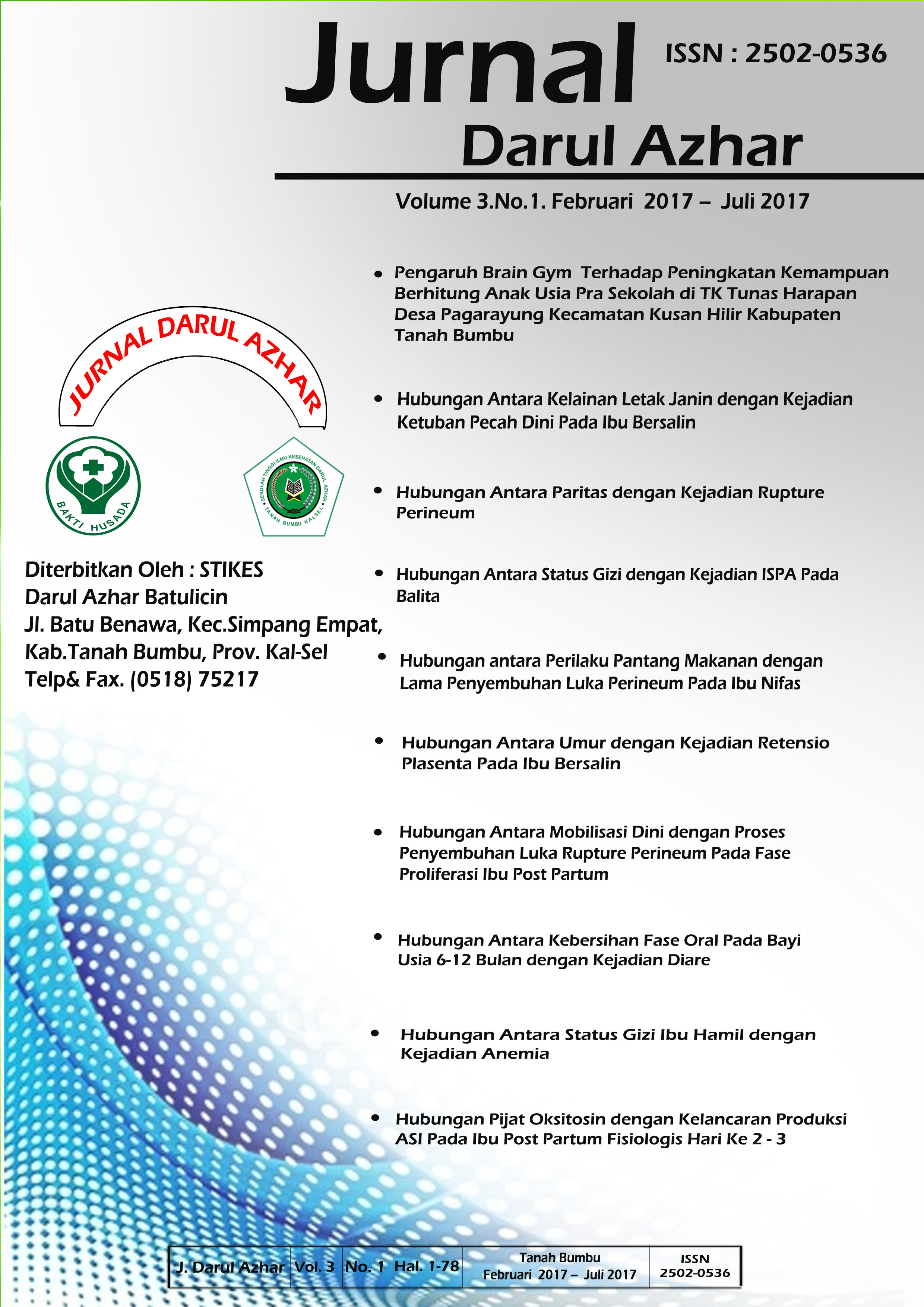 One of the supporting factors in the success of the Millennium Development Goals
(MDGs) is the provision of breastfeeding. Many breastfeeding mothers who have difficulty in
increasing their milk production even have their milk dilemmas not come out in the first days
after delivery. That's why an alternative is attempted to increase the amount of milk production
that is with the oxytocin massage. The purpose of this study was to find out the relationship
between oxytocin massage and the smoothness of milk production in post-physiologic mother day
2 - 3.
This study used pure experimental method with static group comparison design. The
sample in this study were all postpartum mothers treated in the maternity room of Maternity
Clinic Siti Ngatinah, Amd., SST Jenangan Sub-district, Ponorogo Regency. Purposive sampling
technique with 40 respondents consisting of 25 respondents of experimental group and 15
control group respondents. Data analysis using Chi Square test. All post partum mothers in the
experimental group had smooth milk production, while in the control group who had non-current
milk production, 12 respondents (80%).
Chi Square test results obtained p value = 0.042 (p value <0.05), if Ha accepted which
means there is influence of oxytocin massage on milk production in postpartum physiologic
mother in Maternity Clinic Siti Ngatinah, Amd., SST District Jenangan District Ponorogo in
2016.