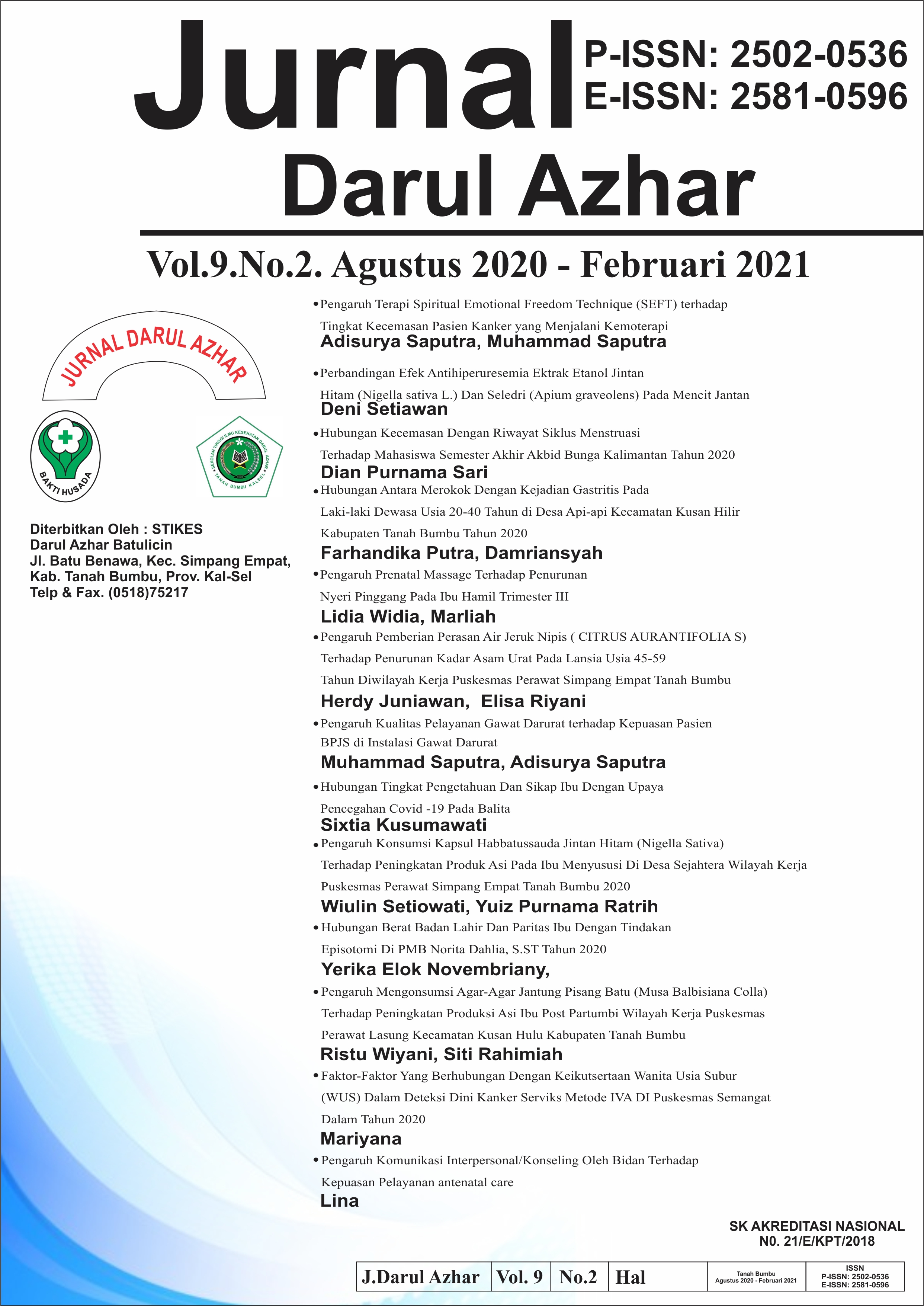 The incidence of cervical cancer was 23.4 per 100,000 population with an average death rate of 13.9 per 100,000 population. cervical cancer sufferers in South Kalimantan amounted to 461 or 1.9% of 33,000. This data exceeds the Indonesian prevalence of 0.8 per 1,000 population. Lack of public knowledge about cervical cancer and how to detect it early is an indirect cause of the high prevalence of cervical cancer. This study aims to determine the factors associated with the participation of women of childbearing age in the IVA test at Padang City Health Center in 2018. This research is an explanatory research with a cross-sectional approach, conducted from MarchApril 2020. The population of this study were women of childbearing age who visited the Semangat Dalam Community Health Center with a total sample of 36 respondents. The sampling method uses the total sampling method. Data collection by interview using a questionnaire. Data were analyzed using Chi-Square statistical test and logistic regression with a confidence level of 95%. The results showed that 60% of respondents had never detected an IVA test. The results of statistical tests showed that there was a significant relationship between the level of knowledge with p value 0.000, attitude with p value 0.041, access to information with p value 0.000 and husband's support with p value 0.000 with IVA test. The results of the multivariate analysis showed that the most dominant variable affecting women's participation in early detection of cervical cancer through the IVA test, namely husband's support with a p value of 0.000 and an Odds Ratio of 46.693, which means that respondents who are supported by their husbands allow to perform IVA tests by 46 times compared to those who are not supported. . Therefore, the dissemination of information is not only given to women of childbearing age but also to men including husbands so that they can motivate women to test for IVA.